A Classic for your group to perform!

Don Quixote, featuring a cast of beautifully crafted rod puppets and shadow puppets, is adapted from a book written by Miguel Cervantes in the 1600’s and considered to be the first modern novel. It tells the dramatic story of a scholarly older gentleman so obsessed with stories of knights and their adventures that he decides to become a knight himself and right the wrongs in the world.  His powerful imagination sometimes leads him to see and react to things the people around him don’t see.  The show is enhanced with a musical score composed and performed by musician Ron Hillis.

Eulenpiegel puppeteers play the narrator roles of Don Quixote's housekeeper and his niece; your students or community members work all of the puppets and join in the Don Quixote sing-along. 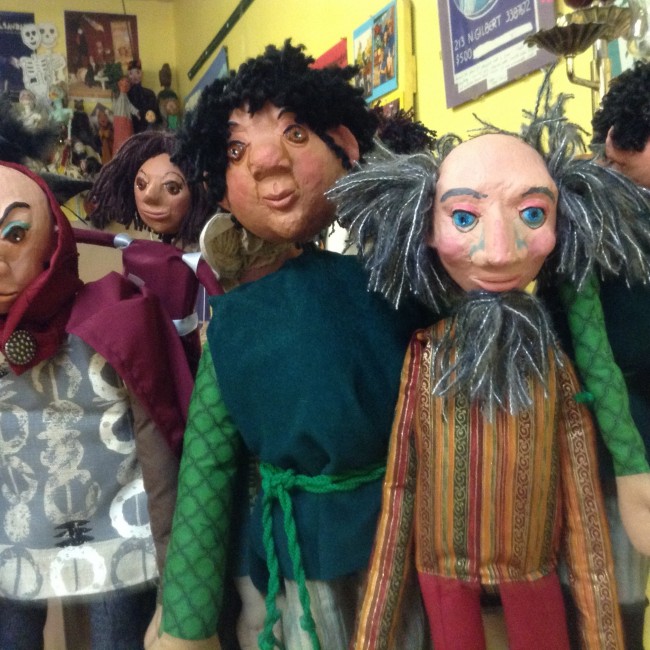