Eulenspiegel has expanded to Vermont!  We'll continue to serve Iowa and the Midwest as always, but we've added a Vermont division under the capable leadership of Justin Cornett. Justin cut his puppetry teeth as an apprentice puppeteer with Great Arizona Puppet Theater in Phoenix.  He furthered his puppetry education by interning with Blair Thomas in Chicago and Eric Bass (Sandglass Theater) in Vermont.

With Eulenspiegel since 2012, Justin was pivotal in developing Eulenspiegel's John Brown's Journey and Peter and the Wolf as well as his solo shows, The Monkey and the Crocodile and The Three Little Pigs, Southwest Style.  Call (210) 843-0785 or  Email Justin for info about his solo shows or about bringing the whole company to Vermont!

The Monkey and the Crocodile

The Monkey and the Crocodile is a delightful hand puppet show created and performed by Justin Cornett. Adapted from a tale in the Panchatantra, one of the earliest collections of fables written in India more than 2500 years ago, it features a tricky monkey, a good-natured crocodile, and his greedy wife.

The Fisherman and His Wife

The Fisherman and his Wife, a well known central European magical fairy tale written down by the Brothers Grimm, is performed with large traditional hand puppets, a glittery, cubist fish, and beautiful appliquéd and painted scenery in rich central European colors. A tale about greed, the story conveys the message that happiness is not tied to material possessions. 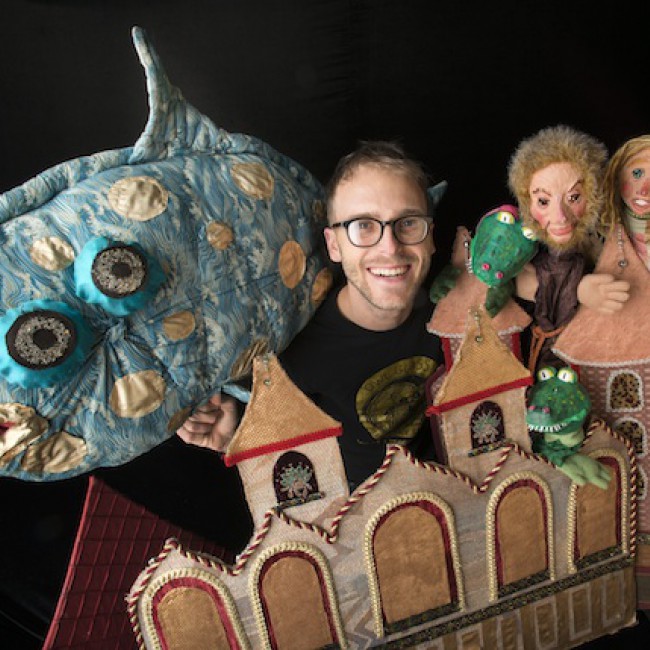 Three Little Pigs, Southwest Style puts a whimsical twist on the classic tale.  The pigs are Southwest javelinas (wild pigs) and the wolf is a coyote.  The houses are a little different, too, using regional materials such as cacti and mesquite. 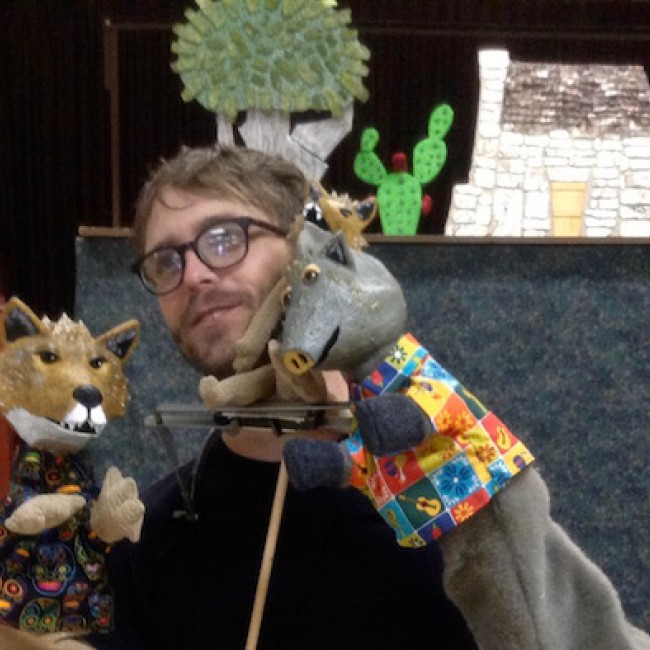